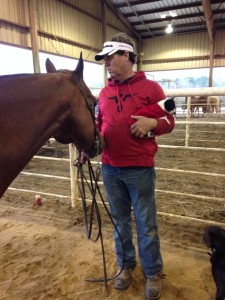 Don Martin lives on his family’s hundred acres of fenced pastures just beyond the city limits of Brandon, Mississippi. He’s been teaching riding and taking students to shows since 1984, when his parents bought the place. “I started with five clients when I was sixteen,” he says. He has a happy boarding barn: some of his clients have been with him for over fifteen years. People come to Don through word-of-mouth. “I’ve never advertised,” he says, “and I can’t build enough stalls for the people who want to come here.” Martin Farm is a haven.

Don has an “all-around” philosophy about training horses and people. He prepares his clients, human and animal, for everything from halter to Western Pleasure to Working Hunter over fences, whatever they are willing and able to do. When he starts a horse, he has no preconceptions about what that horse can do. Everything happens at the horse’s speed. Don doesn’t push. “I listen to the animal,” he says. “Whatever he’s capable of doing we will try.” He tries to develop and promote a more natural horse, one that hasn’t been trained to death for a specific job. “I try to find the good in every animal that comes to my farm. Every horse has something that he can do really well, and all of them can do more than we think.” He teaches his riders that training is about developing all-around horsemanship, and that showing is about enjoying your animal. He encourages his students and their mounts to enter lots of different events. It’s also important and gracious to support the show. 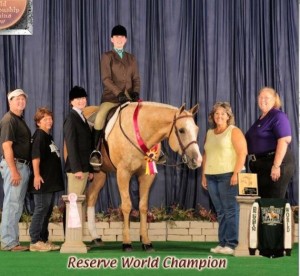 “We do the All-Around competition,” says Don. “We start with halter, and then we show English, jumping, pulling a buggy, Western, whatever. We do every event. 4-H has everything except driving, which is just for adults.” Don is a strong supporter of 4-H. “It’s affordable, and it’s the perfect place to start. The program always keeps you involved, no matter what discipline or animal you’re interested in, whether it is showing pigs, or shooting guns, or writing books. I showed lambs and hogs and sheep up until I was out of the youth division. 4-H teaches discipline. And it’s a shame that it’s dwindling down to nothing. The economy and lifestyles change. Nobody’s grandfather has a horse or a cow anymore.” Don also believes that we are coming to the day when people will only ride in a ring, because of liability issues.

Don is concerned about changes in horse showing, especially in the Quarter Horse world. The focus on winning, rather than riding, is troublesome. Very few horses can be the top winner at the big shows, he says, but that’s all a lot of people ever think about. “Everyone is trying to survive in this economy,” he says. “Many clients don’t want to spend money and not get something.” As a result many horse professionals think they have to win, win, win. 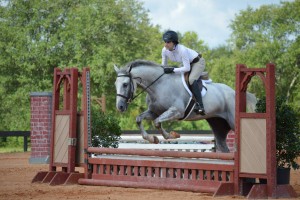 Don was born and raised in Starkville, Mississippi. He hung out on the Mississippi State University campus, where his father was a perpetual student. “He just loved school,” Don says. “He has several degrees, including a PhD in animal nutrition. And a Masters in chemistry. He went to college for about 14 years. We had no money whatsoever. He supported our family with two jobs: he worked in the lab at the school and he took care of all the horses and the sheep on campus. There is a huge farm there. He’s a workaholic. My mother worked two jobs, too.”

Don didn’t spend much time in the campus library. He was an outdoors kid, and spent a lot of time riding his bike around the campus. “I’ve always been animal oriented. I was around the Mississippi State horses all the time, and horses were all I ever thought about from day one.” Don’s affection for horses started early: his mother loved horses. She rode while she was pregnant with Don and she got back in the saddle right after he was born.

After the family’s time enjoying the educational life at Mississippi State, they moved into a house in Brandon in 1975. Don’s father kept working hard and he developed several businesses. Don says that his father is brilliant. He has a chemical background, but he’s also very mechanical. “For instance, he and a friend started what we called the tar plant. They made the tar that goes into the ballast of a fluorescent light. That’s the box that makes a fluorescent light work.” Don says that his father also had a hog farm. “We had about 1500 sows. That’s where I spent most of my summers. In my early teens I spent every day washing out hog houses.”

Moving to the farm in 1984, when Don was sixteen, was the beginning of his professional horse career. He applied what he learned in 4-H to his business: teach horsemanship, not ribbon-chasing. He continues to be successful, despite the hard economic times. His show schedule is intense: he was home in Brandon only five weekends last year.

Since Don is on the road so much, it is impractical for him to have a breeding program at his own place. He does own a few broodmares which he keeps at another farm, and he breeds them to very select stallions. His mares are Quarter Horses with a large Thoroughbred percentage. He doesn’t need to breed for size. He’s looking for the perfect outcross. His criteria for choosing a stallion are 1) a good mind, 2) structural soundness, and 3) what the horse has accomplished.

Don is loyal to the Quarter Horse. “There’s nothing it cannot do,” he says. However, he does like a tall horse. Half of the horses that he has in his barn are over 17 hands. That size is perfect for the hunter ring, but he admits his equines don’t do very well in halter classes. “That doesn’t matter. I’m training my clients’ horses to do everything. It’s good for any horse to learn how to stand quietly. It’s more a training tool than a run at a prize. I do it for the horses, but I also do it to support the industry, and fill out the classes. When we go to a horse show, we pretty much start at the beginning and stay till the end. Plus people like seeing the big jumping horses! It intrigues them.” Don estimates that his big Quarter Horses are probably 31/32 Thoroughbred. 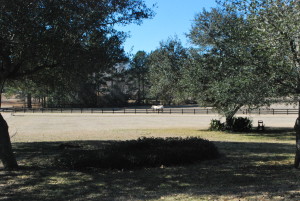 Don has trained horses that are quick to learn and some that are “as dumb as a brick,” as he says. Don describes the most difficult horse he ever had to train. “When I was 14 or 15, I had a Palomino that would seem fine, and then for no reason he would jump through the arena fence. That horse really threw me for a loop. He taught me how to survive. Most horses you can predict, but he was unpredictable. That was probably the most psychotic animal I’ve ever ridden in my life. I don’t know if he was inbred, or he stayed in the womb too long, but there was definitely something wrong with him. Now, the brightest horse I ever rode was probably the first horse my dad bought me. She was a little black mare. She taught me pretty much everything I know. She taught me body movement and where my hips should go. She showed in every single event. She even did cattle events. She was just brilliant. She taught me lead changes, spins. I was very blessed when I got her.”

Don’s father bought 400 acres 15 miles down the road in Puckett, Mississippi. He and Don’s brother use the land for running commercial cattle with an Angus base. Someday, Don says, the family will move to the bigger place. The hundred acres just outside Brandon will be sold…because the Martins just won’t be able to pass up the offers. There is growing pressure to turn this pretty, rolling farmland into a subdivision, a transition that is happening all over the country. Don points out that the city limit of Brandon is right next to their property. “We’re the next parcel to be included in the city limits,” he says. “We don’t want it to happen, but…” The 400 acres is like insurance for the future. Don says, “I love Mississippi. I’ve lived here all my life and I don’t intend to leave.”

2 Replies to “Don Martin Teaches Riders to Enjoy Their Horses”