A Thoroughbred stud fee reflects a horse’s performance, his family tree and his offspring, the economic health of the nation, and the human capacity for hope. 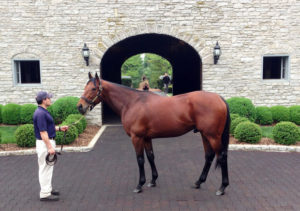 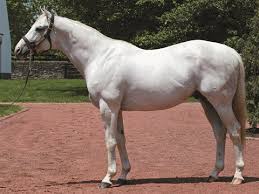 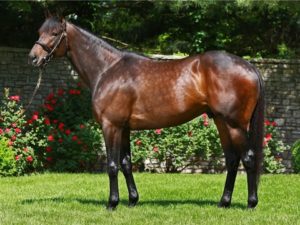 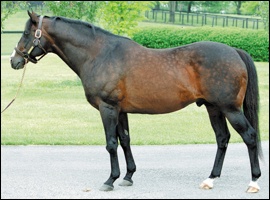 However, Danzig’s numbers are in 1985 dollars.  Today the earnings of Danzig’s first two crops would show up in adjusted dollars as $26,522,100.  Comparing dollars from one era to another is eye-opening:  the highest Thoroughbred stud fee recorded belongs to Northern Dancer, in the mid-1980s:  $1,000,000.  In 2016 dollars, that’s $2.29 million.  Since Northern Dancer, by some estimates, is the most important sire in the North American Thoroughbred world, his $2.29 million in adjusted fees is probably justified. 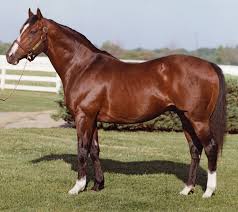 From the time of Northern Dancer until the start of the new millennium, the U. S. economy grew almost nonstop.  In fact, the ten years from 1991 to 2001 were the longest period of growth ever recorded in the nation’s history.

In 2001 we suffered two harsh setbacks:  the popping of the dot-com bubble and the September 11th attacks. After those shocks, the nation’s economy nevertheless recovered steadily for several years.  The housing market took off.  “Flipping” houses became the new road to riches.  In the Thoroughbred world, the symbol of the recovery was the $500,000 stud fee of Storm Cat (Storm Bird x Terlingua, by Secretariat), which he maintained from 2002 to 2007.  (In 2016 dollars, Storm Cat’s 2007 stud fee was $575,000.) 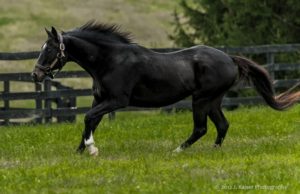 The Great Recession, spurred by mismanagement in the sub-prime housing market, began in December, 2007.  Economists say that the recession officially ended in June, 2009.  The Dow Jones average reached its lowest point in March, 2009.  But people in the horse industry would contend that their low point continued for at least four more years…or even longer.

Only recently have Thoroughbred stud fees begun to climb.  Recovery is visible at the top of the breeding market:  Tapit, American Pharoah, and Uncle Mo now share the six-digit atmosphere with Curlin, War Front, Medaglia d’Oro, Pioneerof the Nile, and Bernardini.

Stud fees at the low end remain low, even at elite stud farms.  Ashford Stud has fifteen stallions, but American Pharoah and Uncle Mo are outliers.  Except for Giant’s Causeway ($75,000), the Ashford Stud stallions range from $7,500 to the low five figures.  WinStar Farms stands the six-digit stars Pioneerof the Nile, Distorted Humor, Speightstown, and More than Ready, but the rest of their stallions are listed at five figures or lower.  At Claiborne Farm, the star War Front stands at $250,000 for 2017, but, again, the other stallions are five figures or lower.  At Spendthrift Farm, Malibu Moon stood for $95,000 in 2016, but, except for Into Mischief ($45,000), every other stallion was listed in the low five figures or even as low as $3500.

Ray Paulick sees bookings concentrating at the high end– expensive stallions are covering almost twice as many mares today as the best stallions were covering in Danzig’s day.  (Much of the credit for increased bookings belongs to the veterinarians who have helped improve stallion management.)  The economic shocks and the slow recovery have made breeders cautious.  One worrisome side effect is the concentrating of the gene pool, as breeders zero in on the elusive “sure thing.”  Another worry:  will breeders be able to earn their money back?

The “fat wallet” days of Northern Dancer, Danzig, and even Storm Cat may not return, but breeders still believe in “breeding the best to the best and hoping for the best.”