Mother Nature had something great in store when she created the mare! Due to their 11-month gestation period (~340 days), horses are only reproductively active during certain times of the year. It is desirable for foals to be born when conditions, such as food and temperature, are favorable for survival. This is why, in nature, horses typically foal in the spring. For a foal to be born in the spring, the mare must be bred and conceive during the previous spring.

Seasonal cues, mainly length of daylight, are what regulate the mare’s reproductive cycle. Exposure to longer periods of daylight in early spring will stimulate hormones from the hypothalamus and pituitary gland in the brain. These hormones, namely gonadotropin releasing hormone (GnRH), follicle stimulating hormone (FSH), and luteinizing hormone (LH), stimulate the ovaries to begin follicle growth and ovulation of fertile eggs. This is often a confusing time for owners and breeders. During this time, known as transition, mares will often show signs of heat, but not have predictable ovulation. Once the first ovulation of the season has occurred, most mares will resume cycling on a regular basis. This will stop when they become pregnant or when exposure to daylight decreases in the fall and the mare transitions back to a period of no reproductive activity. These periods of inactivity are known as anestrus. In Louisiana, the average date of first ovulation is the first week of April. The mare will then cycle all summer long and transition into anestrus around October or even November.

Most breed registries recognize a universal birthday of January 1. This ages a horse one year on that date regardless of its actual birth date; thus foals born later in the year are at a disadvantage as they are forced to compete with more physically developed foals born earlier in the year. Therefore, breeders strive to produce foals born as close to January 1 as possible. This means a mare must be bred and conceive in February, a time when she is not naturally reproductively active. To accommodate this desire to produce early season foals, many resources have been invested in the effort to manipulate the mare’s reproductive cycle and jump start cyclicity so she ovulates earlier in the year, i.e. mid-February. Some of the techniques commonly used to induce early cyclicity in the mare are 1) the use of artificial lights and 2) the use of hormone therapy. Putting a mare under lights essentially tricks her body in to thinking it is spring, which begins to stimulate GnRH, FSH, and LH. Most breeders will house mares indoors and provide 16 hours of light and 8 hours of darkness. This is usually achieved by extending light exposure at dusk beginning December 1. It is important to know that more is not necessarily better; periods of darkness are required to maintain healthy body functions such as reproduction. Therefore, providing 24 hours of light is not recommended.

Another technique used to induce early ovulation is the use of hormone or drug therapy. The goal of this is to supplement those reproductive hormones that are not being produced during anestrus. Compounds such as deslorelin (GnRH agonist), Regumate® (synthetic progestogen) and recombinant FSH have been used to induce early ovulation. Unfortunately, there isn’t one guaranteed protocol or procedure for use of these hormones and not all mares respond the same way each time. Other limitations associated with the use of hormone therapies include cost and frequent monitoring. Recent research has identified other therapies that may induce early ovulation in mares. Sulpiride and domperidone are compounds that stimulate the release of the hormone prolactin. It is unclear how prolactin induces early ovulation, but these new therapies have proven effective and may be more economical than other drug therapies. Ongoing research at Louisiana State University is focused on identifying a practical approach for use of these compounds in the mare. In summary, breeding horses outside of their natural mating season can be a tricky and frustrating task! Patience and a well thought plan between horse owner, breeder, and veterinarian prior to the breeding season will pay off in the end! 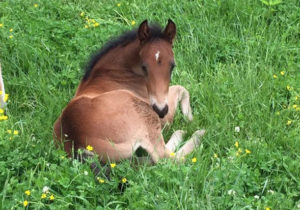 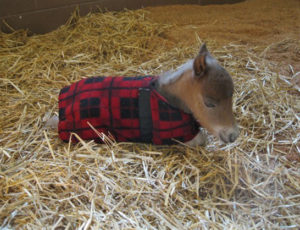