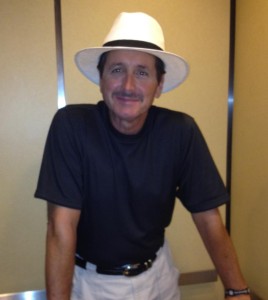 A Triple Crown Winner Probable or Even Possible?

Good Question, and one that I will attempt to clarify.

For the fourteenth time in the last 36 years, a horse pulled into Belmont Park with an opportunity to become the 12th Triple Crown champion, and the first since Affirmed in 1978.

For the 1St time in fourteen tries over the past 36 years, IT DID HAPPEN and American Pharoah became just the 12th Triple Crown Winner since 1919 when Sir Barton became the first to accomplish the feat.

This begs the question, why so long? The real answer is there is no definitive answer. One school of thought is that the logistics of 3 races at 3 different tracks at 3 different distances in 5 weeks is too difficult. However, it had been done 11 times in the past.

Another school of thought is that the modern day American Thoroughbred has been bred for speed and not the stamina that the earlier Triple Crown Winners possessed. I agree somewhat with this opinion. The sales ring is what fuels the racing world in this era and the name of the game is speed, speed, speed! The commercial breeders have answered this demand over the years. However, if our horses are so subpar, why do all the international buyers fly from all points of the globe to purchase the best we have to offer year in and year out?

As a lifelong trainer and historical student of racing, I preferred to look at why it could and did happen this year. It’s all about the horse. It’s called horse racing.

I began watching American Pharoah as a 2 year old. He is the reigning 2-year-old champion, as were six of the last seven Triple Crown champs. Like Affirmed, Seattle Slew, Secretariat, Citation, Count Fleet and Whirlaway, American Pharoah demonstrated brilliance early in his career. Only Assault failed to earn the 2-year-old title. It is a foundation that American Pharoah has continued to build on, winning all four of his races as a 3-year-old for a record of six victories in seven starts and more than $3.7 million in purses before the Belmont. American Pharoah also has a running style similar to those of many of the greats. He likes to be on or near the front early in the race; he possesses a high cruising speed, and has a grittiness that wears down his rivals in the late going. Affirmed, Seattle Slew and, most memorably, Secretariat, took control of the Belmont Stakes from the gate and never gave an inch as each passed the Test of the Champion, as the grueling mile and a half is known.

Of the aforementioned Champions, American Pharoah most reminded me of Seattle Slew. I do not make that comparison lightly. Their common rare asset is their brilliant speed and the ability to carry it over all distances and surfaces. American Pharoah is also a very intelligent horse much like Slew, and did not waste energy worrying about the huge crowd on the day of the Belmont.

The one thing that could have stopped American Pharoah for his date with destiny was the one thing we as trainers face daily with all the horses entrusted to our care. It predicates how successful we are throughout our respective careers. It has 2 names, illness and injury! Between the Preakness and the finish line of the Belmont Stakes, the racing Gods, AKA Lady Luck, smiled brightly on American Pharoah and kept him healthy and strong for the monumental task he faced. I believe that is why the moment in time we have waited for so long finally came.

Like Affirmed, Seattle Slew, and Secretariat, American Pharoah led wire to wire and ran away with a 5 1/2 length victory in the Belmont and the Triple Crown.