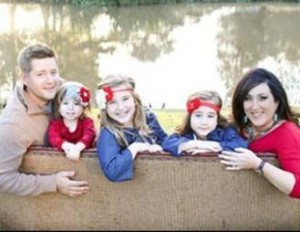 Spend just a few minutes with Louisiana horseman Ryan Robicheaux and you will invariably ask the question ‘have I just met the human version of the Energizer bunny’?

Robicheaux, 35, is the farm and breeding manager of Robicheaux Ranch, a 100 acre property in Breaux Bridge, Louisiana. He and his parents, Jude and Regina, have amassed a well-deserved reputation over the past 16 years as one of the state’s finest breeding farms.

The family’s roots were in show horses. Ryan began his lifelong love of horses at the age of 9, showing in 4-H halter competition. He continued to participate through high school, with many state titles and even placing in the World Show.

“As much as I like the horse show business, there is no way to make a living,” said Robicheaux. “With the great breeding incentives in Louisiana, we knew we had to take our operation into a different direction.”

New acquisitions for 2016 include Open Me A Corona, winner of six stakes this year and likely 2015 AQHA Champion Stallion and All American Derby winner, Apollitical Blood, who will be in strong contention for AQHA Champion 3-year-old honors.

Robicheaux beat out a slew of competing breeding farms for Apollitical Blood.

“His trainer Juan Aleman is a great guy and introduced me to the owners (Rancho El Cabresto Inc.),” explained Robicheaux. “I made several trips to Dallas and could feel the others breathing down my neck, but I was persistent. He will be a great addition to our stallion roster.”

Robicheaux expects between 700 to 800 mares for the upcoming breeding season and knows he and his staff of 14 will produce many exceptional future racehorses.

“I love breeding and finding the right cross for each mare with our stallions,” he states.

The key to keeping his stallions in peak condition is treating them each as individuals.

“We feed three times a day and jog them, turn them out and do whatever it takes to keep them happy,” said Robicheaux. Game Patriot, at 18, is still fit. We change up the routine and that seems to work.”

According to AQHA statistics, two of the Robicheaux Ranch stallions are in the top ten as sires of winners. Heza Fast Dash is fourth with 99 winners in 2015 and Jet Black Patriot is ninth, with his progeny winning 73 races in 2015.

Robicheaux Ranch has a high standard when it comes to sale prepping their horses. The way a horse looked in the show ring was essential in that world and continues for each sale consignee. So as sale time approaches, Jude and Ryan have established a valuable evaluation process, some call it a ritual, to readying the Robicheaux yearlings.

“They set aside time on Saturdays and judge the yearlings,” explains Regina. “The boys parade out each baby and Ryan and Jude look them over and decide what needs to be done.”

Whether it be adding or cutting back on feed, more jogging or swimming or other fine tuning, the father and son work in tandem to ensure that each horse looks their best come sale time.

Their biggest consignment is for the LQHBA Yearling Sale with over 100 yearlings headed to Kinder, Louisiana each August, but Robicheaux Ranch continues to expand to other states.

“We’ll send horses to the Heritage Place Sale, Ruidoso and the TQHA sale, and maybe more in the near future,” said Robicheaux. “We want to bring our farm to a national level.”

Attracting new owners to racing is important to Robicheaux. He and Jude put together an eight person ownership group named We All In Racing, LLC. They paid $22,000 for Micmac Warrior at the 2014 LQHBA Yearling Sale. With Trey Ellis training the son of Heza Fast Dash, Micmac Warrior bloomed at Fair Grounds in August, posting the fastest qualifying time to the LQHBA Sale Futurity and running second to Telarosa in the September 5 final.

“Getting new owners is important; there’s no better feeling than watching your horse win,” states Robicheaux. “Once you taste it, you’ve got to have it again!”

Ellis is an up and coming trainer in Louisiana and is grateful for the opportunity to know and work with Robicheaux.

“I have learned so much about the business side of racing from Ryan,” said Ellis. “He and his parents run a first-class operation, and their attention to detail is amazing. Ryan works non-stop, but is a true family man and as loyal and down-to-earth as they come.”

Ryan has served on the LQHBA Board of Directors since 2011. He cites a strong need to contribute, in any way possible, to grow the industry.

“Louisiana Quarter Horse racing is great right now,” states Robicheaux. “No doubt about that, but we cannot afford to be complacent. Getting the purse for the LQHBA Breeders Futurity to one million dollars was huge for us; we have to keep things moving forward.”

Tony Patterson, executive director of the Louisiana Quarter Horse Breeders Association, has tremendous appreciation for the time and positive energy Robicheaux gives to helping the industry.

“Ryan has served this association in more ways than most people realize,” said Patterson. “He and his family have one of the most successful breeding farms in the country, but Ryan won’t slow down until Louisiana racing and breeding becomes a national industry leader!”

Positive in Life in Addition to Racing

You will rarely see Robicheaux without a smile on his face and his energy is contagious! Regina Robicheaux relates that, since childhood, her son has always possessed exceptional social skills.

“Even as a child, Ryan was always very friendly and outgoing,” said Regina. “He treated kids and grownups with respect. Even in grade school, he told me that he chose to be friendly with everyone you because you’ll never know when you will need them!”

His wife of 11 years, Danielle, hails from a racing family. Her parents are Rebecca and Danny Trahan, and Ryan met her at a horse sale 18 years ago. They have three adorable daughters, Rhylan, Rheese and Rhayli, and each have their daddy wrapped around their little finger.

A recent December afternoon had Danielle off with the girls in dancing, soccer and other activities. Oldest daughter, Rhylan recently became involved in 4-H, but instead of horses, she decided she wanted to show pigs.

So, where was Ryan?

“I am walking my daughter’s 4-H pig,” Ryan admitted.

Recruiting, breeding, yearling sales, serving the industry, pigs and even more. His friend Trey Ellis mentions Robicheaux’s love of football as the lone diversion to his family and horses.

“He’s like Nick Saban,” states Ellis. “He won’t stop recruiting and trying to be the best.”

The LQHBA Insider is a monthly feature written by Martha Claussen for www.lqhba.com. She served as publicity director at Sam Houston Race Park for ten years. She continues to be active in writing, fan education and Quarter Horse racing publicity in Texas, Louisiana and other regions in North America.